Save Money and the Environment One LED Bulb at a Time 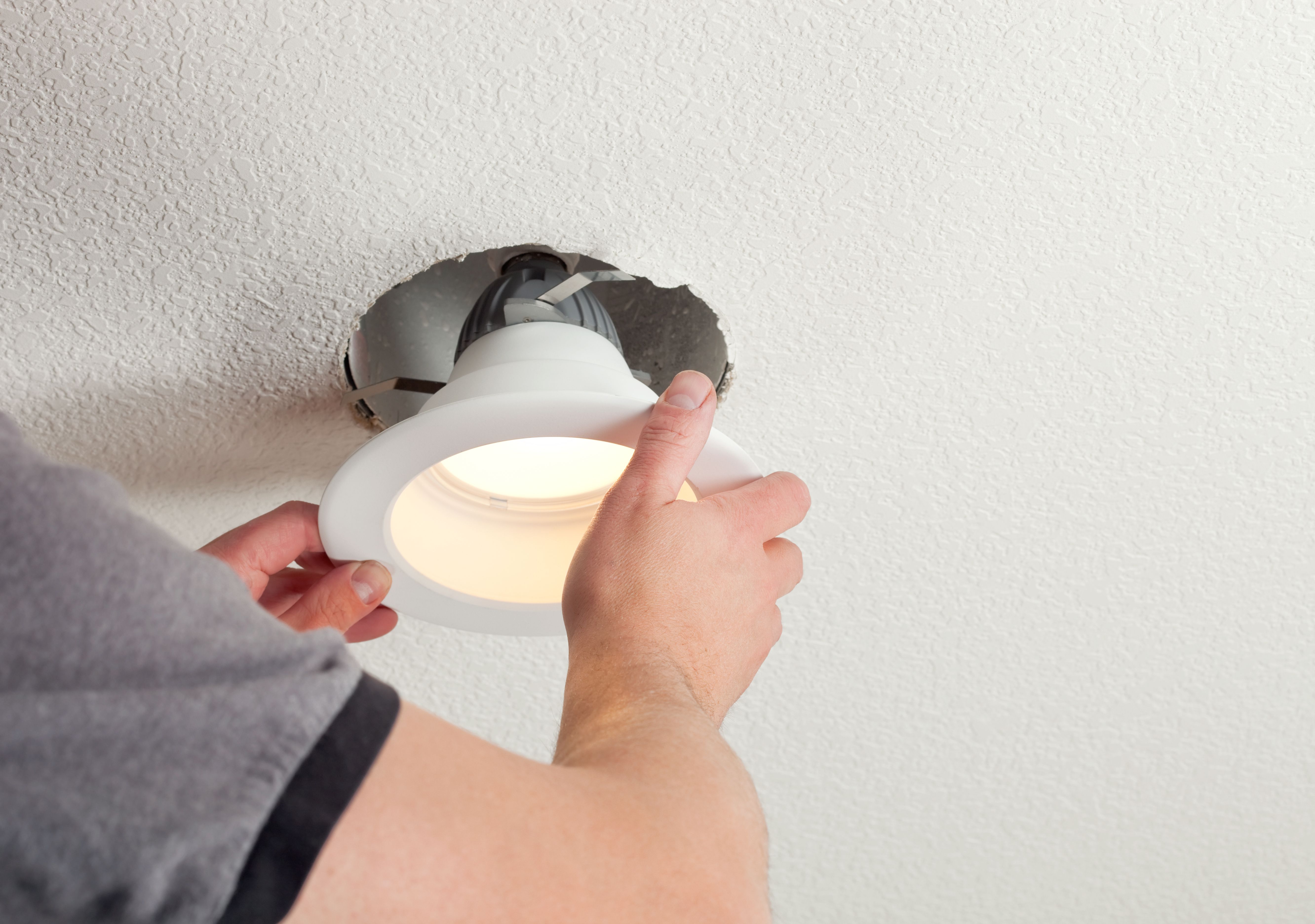 Way back in 2012, the Energy Independence and Security Act of 2007 was being phased in. One of the most useful — and controversial — results was that old fashioned light bulbs had to be reinvented. All light bulbs manufactured after the phase out dates, which varied from state to state, had to use 25 percent less energy than their ancestors.

With that one change in the way light bulbs would be made rose three major options for homeowners: the curly compact fluorescent bulb, halogen incandescents and the light emitting diode. Although there are some specific uses for halogen incandescents, the most commonly used bulbs in residential settings are CFLs and LEDs. Of the two, the LED is currently the most cost-effective option, even when adjusting for the difference in price.

What is an Light Emitting Diode?

The part that actually creates the light in an LED bulb is a tiny cell the size of a fleck of pepper. Using a mix of blue, red and green LEDs, a bulb manufacturer is able to create white, directional light that costs almost nothing to power.

Unlike incandescent bulbs that waste electricity by converting up to 90 percent of the energy they use into heat and CLFs that release about 80 percent of their energy as heat, LEDs release so little heat that they’re often cool to the touch even after hours of use.

An Energy Star rated LED bulb uses significantly less electricity (up to 75 percent!) and lasts up to 25 times longer than traditional lighting. This is no small thing, especially when you consider that every home, every business, every street light, may eventually sport these bulbs.

The United States Department of Energy already did the math, a lucky break for bulb-shoppers everywhere. When new bulbs are compared to a traditional 60 watt bulb, the 12 watt LED outshines them all.

According to the Department of Energy, those LEDs use 75 to 80 percent less electricity than the 60 watt bulb and only costs about $1.00 to use for two hours each day for a year. Oh, and the bulb life is approximately 25,000 hours, compared to 1,000 hours for the old reliable.

This means that if you have, say, 50 bulbs in your house and they’re all running for five hours a day (a more realistic number than two hours), your cost to light up with an LED is about $125 each year, for 13.7 years, provided energy costs remain stable.

The same lighting use with the old fashioned incandescent would cost you $600 each year, plus you’d be replacing bulbs every 6.57 months. Sure, maybe they cost a buck or two each, but the constant replacement and increased electricity costs certainly can make a big impact on your pocketbook.

Along with better lighting standards came a way to compare bulbs across platforms. After all, who really knows which CFL is equivalent to that LED or halogen incandescent option? The Lighting Facts Label solved that problem. Instead of measuring bulbs by the power they consume, it measures them by the light they produce.

Now, a 1600 lumen CFL, LED and halogen incandescent are easy to price compare. This label also includes information on how much energy the bulb uses annually, its lifespan and what color the light is that it produces, measured by the correlated color temperature on the Kelvin scale. It’s an easy way to know that you’re getting exactly what it is that you want in a bulb.

Now That You’ve Moved In, How Are You Lighting That House?

Your new house will eventually reveal its darker spots, meaning you’re going to need more light to get the job done. But it’s not a problem because I can introduce you to the best electricians in my network. Before you know it, your home will be the most luminous thing in the neighborhood — and you’ll be saving bundles because of all the LED bulbs you chose to install.

This content is not the product of the National Association of REALTORS®, and may not reflect NAR's viewpoint or position on these topics and NAR does not verify the accuracy of the content.

Find your next home

May Our Journey Together Always Lead You Home